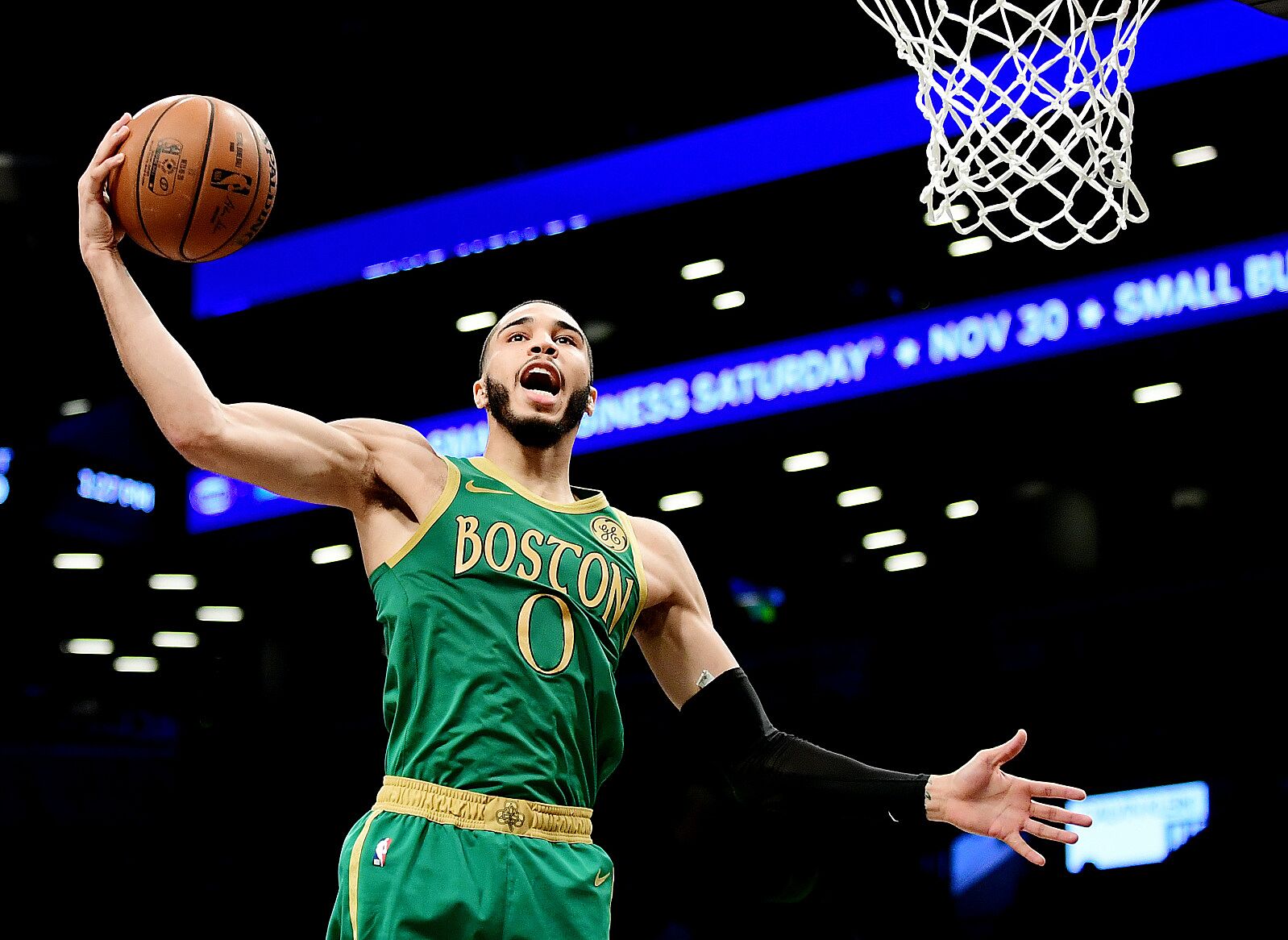 Despite losing Gordon Hayward, the Boston Celtics soar to the No. 1 spot in the Week 4 edition of the NBA Power Rankings.

Returning home from a tough west coast trip that including a scary neck injury to star Kemba Walker, the Boston Celtics returned to TD Garden with a close win against the Sacramento Kings and a win against the Brooklyn Nets before losing to the Nets on Friday and bouncing back to beat the New York Knicks on Sunday.

Despite going 3-1, the Celtics still continued to slide in the NBA Power Rankings.  With teams like the Milwaukee Bucks, Los Angeles Lakers, Los Angeles Clippers, Denver Nuggets, Dallas Mavericks, Toronto Raptors and Philadelphia 76ers ranked ahead of them, the No. 8 ranking is not so bad considering the injuries.

In fact, what has those teams ahead of the Celtics is their star power and the health of those players.

With Gordon Hayward shelved until late December, the injury to Walker certainly put some uncertainly on the team’s direction going forward and placed an even more important role on the shoulders of young duo Jayson Tatum and Jaylen Brown.

With Kemba Walker returning against Nets to pour in 39 points, any concern about his injury was put the rest.

Still, all eyes are on Tatum and Brown to transcend into NBA stars.  Both players have been responding, combining for 58 points in the team’s 113-104 comeback victory over the Knicks on Sunday.  With those players putting it together and a nice home schedule coming, the Boston Celtics should be on the rise in the rankings barring more injuries.

They also need to play better overall basketball on the road, where all five losses have occurred.

NBA.com’s John Schuhmann attributed the slide in the rankings to the team’s lack of scoring during stretches in road games:

“The Celtics remain undefeated at home, thanks to Marcus Smart‘s last-minute heroics (two buckets for the lead and a strip of Bogdan Bogdanovic) against Sacramento on Monday and Kemba Walker’s season-high 39 points against Brooklyn on Wednesday. But they had scored less than a point per possession over a stretch of five road games before coming back to beat the Knicks on Sunday. Among 189 players with at least 50 field goal attempts both at home and on the road, Smart (who shot 4-for-19 over the two weekend games in New York before suffering an abdominal injury) has the eighth biggest home-road effective field goal percentage differential (59.1 percent vs. 40.8 percent).”

Despite losing close games on the road, the Boston Celtics have to find a way to limit those scoring droughts on the road.  Gordon Hayward returning should help take care of some of that, but they also need more consistent contributions on the offensive end off the bench.

Next: Performance of the week
Next1 of 2Prev post
Use your ← → (arrows) to browse
Load Comments
Event Tickets
Powered by StubHub
Top Stories